To share your memory on the wall of Alfonso Teresi, sign in using one of the following options:

For those who knew Dr. Teresi they will miss his quick wit; remember his love of his family, passion in his work as a pediatrician, trips to the casinos, and love of life.

The Funeral mass will be celebrated at St. Mary’s Church at 9:30am.

The interment will follow at George Washington Memorial Park in Paramus.

Receive notifications about information and event scheduling for Alfonso

We encourage you to share your most beloved memories of Alfonso here, so that the family and other loved ones can always see it. You can upload cherished photographs, or share your favorite stories, and can even comment on those shared by others.

Posted Jun 07, 2019 at 06:31pm
To all the Teresi family, My condolences to you on your loss. I remember your dad well from Highland ave. Always a friendly smile
and hello. He was a very caring doctor. May God have mercy on him and grant comfort to his loved ones. With deepest sympathy, Moira Brady
Comment Share
Share via:
HH

Posted Jun 03, 2019 at 06:03am
With heartfelt condolences, From Harry and the Boys at Englewood Health

Harry Hahn purchased the Tender Tribute for the family of Alfonso Teresi.

Allen Engel purchased flowers for the family of Alfonso Teresi.

Posted May 31, 2019 at 07:25pm
Rest in peace Dr.Teresi. you were doctor, friend, and neighbor to my entire family. So many memories.you truly found your passion in life and it showed how you cared for everyone! May you rest in eternal peace. Love the Berry family
Comment Share
Share via:
GJ

Posted May 31, 2019 at 01:59pm
I was 6 months to a year old when I was very sick in the middle of the night. My dad didn't know what to do so he called the emergency room at the Medical Center. Not long after that call, a young doctor came to our apartment on Bergen avenue and treated me for a couple hours. Finally, he brought the fever down and I was stable. That was 62 years ago. That doctor, that wonderful man, Dr. Alphonse Teresi, became our family's doctor until all 6 of us were well into our 20's. A couple of us even
longer. I don't think we ever trusted ANYONE like we trusted him. I will miss him, and will always have place in my heart and thoughts.
With Love, Doc.
George F. D'Elia Jr 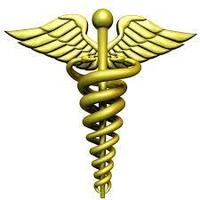 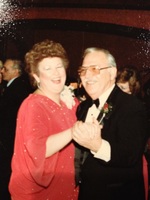 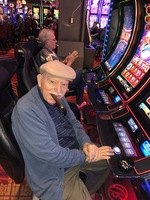