To share your memory on the wall of Angeline De Lorenzo, sign in using one of the following options:

Provide comfort for the family of Angeline De Lorenzo with a meaningful gesture of sympathy.

Private funeral services will be held at Immaculate Conception Cemetery in Montclair. A memorial mass will be announced in the future.

In lieu of flowers, donations in her memory to either the Alzheimer’s Association (http://alz.org) or the National Council on Aging (https://www.ncoa.org/get-involved/give/donate-online/) would be sincerely appreciated.
Read Less

Receive notifications about information and event scheduling for Angeline

There are no events scheduled. You can still show your support by sending flowers directly to the family, or planting a memorial tree in memory of Angeline M. De Lorenzo (Spino).
Plant a Tree

We encourage you to share your most beloved memories of Angeline here, so that the family and other loved ones can always see it. You can upload cherished photographs, or share your favorite stories, and can even comment on those shared by others.

Posted Apr 30, 2020 at 12:27pm
To Rich and family, We are so sorry to hear of the passing of your beloved Mother. I believe that GOD and your Father (Alexander) needed another SPECIAL ANGEL in HEAVEN with them. Just remember all the great times that you with her and she will live in your HEARTS AND MINDS FOREVER .Your Mother and whole family will be in our prayers. Love the DiAntonio's
Comment Share
Share via:
BS

Posted Apr 28, 2020 at 06:26am
Please accept our most heartfelt sympathies for your lossour thoughts are with you and your family during this difficult time.

Posted Apr 28, 2020 at 02:41am
One of my earliest memories involves doing a science experiment with my Nan at her kitchen sink on Pake Street. I think it was from a science kit she ordered through Highlights magazine or something like that, and it involved using one of my Pop’s handkerchiefs. I remember that the point of the experiment was that the handkerchief stayed dry even though it was submerged in water because Science is Cool. The first time we tried it, we failed. And we laughed because OF COURSE the darn thing got wet, right? That’s the Angie I knew from my earliest days; she indulged her grandchildren and generally supported whatever antics we wanted to get into. We raced our trikes and hot wheels around the basement like maniacs and ate the white and pink mints in the kitchen and slid down the stairs on our butts into the front door and left the blue plastic monkeys from the barrel in the TV room all over the house.

The dynamic shifted as the years passed. We often clashed - Nan didn’t like my tone, my outspokenness, my love of expletives. She didn’t understand why I felt the need to challenge long-held stereotypes about gender. Sometimes our conversations turned into arguments. Stretches of time would pass when we wouldn’t talk or see each other. But she knew I loved her and I knew she loved me. When I was struggling in my 30s to adjust to life as a mom of three children, she empathized and shared stories about her own fears and frustrations as a mother. She never used the term “mental illness” but she acknowledged that she suffered, too, and that she was misunderstood as a result. It was comforting to know someone else understood.

Like every single person on the planet, my grandmother was imperfect and complicated, and often difficult and infuriating, but she also was funny and supportive and encouraging and caring in her own way. I’m grateful that I had her in my life so far into adulthood particularly BECAUSE she was a challenging person. And every time I catch myself in a mirror or a photograph making The Face, I’ll be reminded of what I wouldn’t have if she hadn’t been my grandmother.
Comment Share
Share via:
HL

Posted Apr 27, 2020 at 09:10pm
Father of all, we pray to you for Angeline DeLorenzo and for all those whom we love but see no longer. Grant to them eternal rest. Let light perpetual shine upon them. May her soul and the souls of all the departed, through the mercy of God, rest in peace. Amen.
Harry Laytos 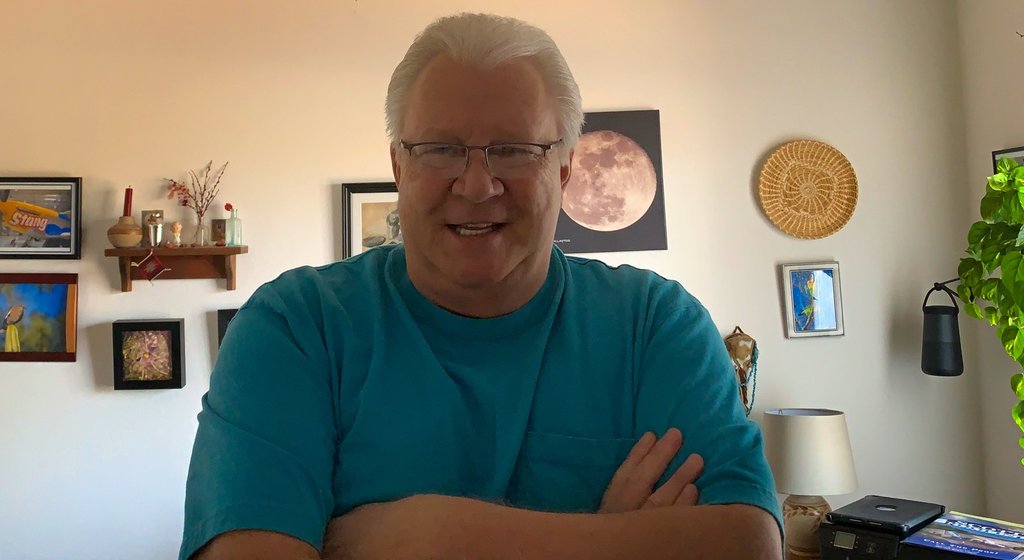 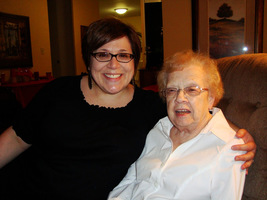 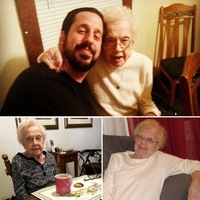 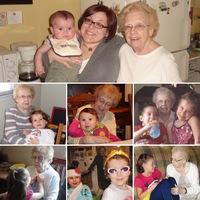