To share your memory on the wall of Anthony Dragos, sign in using one of the following options:

Anthony Richard Dragos, passed away peacefully, surrounded by family, at the age of 80. He was the former husband and dear friend of Vinny Giambattista and Kathleen Dragos; cherished companion of Mary... Read More
Tony “Butch” Dragos 1938 - 2019

Anthony Richard Dragos, passed away peacefully, surrounded by family, at the age of 80. He was the former husband and dear friend of Vinny Giambattista and Kathleen Dragos; cherished companion of Mary Putkowski; loving father of Kathi, Anthony, Donna, Rachel, and Karla; proud grandfather of Jackie, Garrett, Taylor, Natalia, Adeline, Benjamin, Elisabeth, and Emma and great-grandfather of Damian, Adriana, and Anthony, Jr.
He was also the brother of Marcelene Schlig, Martin, Raymond, Stephen, Ricky, and Michael, and the late Richard Dragos and is further survived by sons-in-law Michael Polifrone and Olivier Alipui, nieces, nephews, other relatives, and friends.

Tony will be fondly remembered by family and friends as a loving and spontaneous father, generous and loyal friend, tireless entrepreneur, and avid food connoisseur.
To his children and their friends, Tony was the fun dad always up for an adventure, be it to the Jersey shore to go crabbing or to NYC for shopping and dim sum. He could always be counted on to rescue us from any situation, guiding us with confident humor instead of anger.

He spent many a holiday at Washington Park Tavern, keeping company with friends who had nowhere to go. The Tavern was also a means for local fundraising, most notably the annual Christmas fundraiser to benefit farm children in New York State. In 2012, he received the Business Man of the Year award from the Nutley Jaycees for his generosity and service to the community.
In more recent years, the times he cherished most were his weekly lunches with his brothers. He would recount these experiences in delicious detail, leaving us quietly hoping for an invite to the next one.
In part due to his quick wit and easy smile, Tony was liked by all who knew him. He could be stubborn and headstrong, and routinely defied his doctors' orders (and predictions!).

Receive notifications about information and event scheduling for Anthony

Flowers were purchased for the family of Anthony Dragos.

Posted Jun 07, 2019 at 09:33am
I met Tony for the first time at WP on my first date with my love 8 years ago. I was welcomed like family. From that day on, whenever we would spend time at WP it was like being with family. Tony always had a story to tell, had the best sense of humor and loved to hang with the "ladies". I have so many great memories and they will be with me a lifetime. I am blessed to have known such a wonderful, kind, caring and loving man. You are missed so very much. My heart goes out to your family. We have lost a very great man. Watch over us all Tony! Love and miss you....
Mary Trezza
Comment Share
Share via:
TT

The Turners purchased the Medium Dish Garden for the family of Anthony Dragos.

Posted Jun 06, 2019 at 04:22pm
Tony was soo full of life, He lived, loved, and laughed all the time. Everytime I would see him, he would just simply make everyone laugh. He loved his family and friends. When you would be around Tony, you would be treated like 5 star. I have soo many vivid memories, that I will keep within my heart. He is already missed. Rip my friend.
Comment Share
Share via:
MC

I want to say thank you to all of my Washington Park family, especially Tony from the very 1st day I walked in the door, I was treated like family. It was very good to see him a few months ago where we sat and reminisced old times. He was a was a good man, and great friend who always looked out for everyone. I will sorely miss my friend R.I.P.. 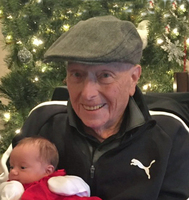 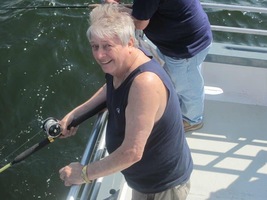 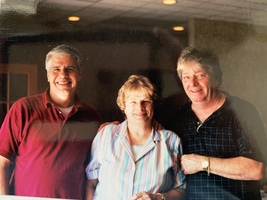 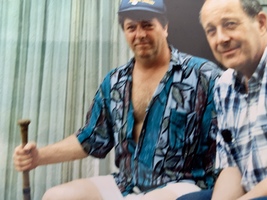