To share your memory on the wall of Anthony Trignano, sign in using one of the following options:

Provide comfort for the family of Anthony Trignano with a meaningful gesture of sympathy.

Anthony C. Trignano, of Conway, SC, passed away on Thursday, December 5, 2019. Born in Nutley, the son of William L. and Angelina R. (Covino) Trignano, he lived in Nutley prior to moving to South Carolina in 1987.

Anthony retired from Hoffman La Roche in Nutley as the V.P. of Security after over 20 years of service.

He began his military career in World War II, where he would become an expert in security and counterintelligence. An expert marksman, Anthony quickly advanced to the role of Master Sergeant and served as an intelligence agent with the Army Central Intelligence Corps during World War II and the Cold War. He later worked in Europe as the Director of Security for Investors Overseas Services (I.O.S.).

The beloved husband of the late Lucille (Manuel) Trignano and father of the late Mark William Trignano, he is survived by his current wife, Bertha (Jones) Trignano; his brothers, Joseph and Ralph; sister-in-law Alice Trignano; 2 granddaughters, Sarah and Rachel Trignano; daughter-in-law Renee Parton and his stepchildren, Ricky Jones and Bonnie Hutto.

Along with his parents, his first wife and his son, Anthony was also predeceased by his sisters, Adeline Benz, Madeline Stefanelli and Mary Benz and his brothers, Carmen, Frank and Nicholas.

The interment of his urn will follow at Glendale Cemetery in Bloomfield.

Visitors will be received at the funeral home for a memorial visitation on Saturday from 9:30 a.m. until service time.
Read Less 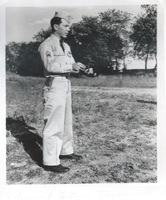 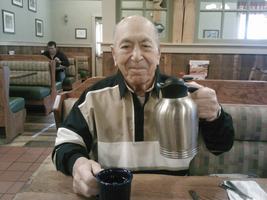 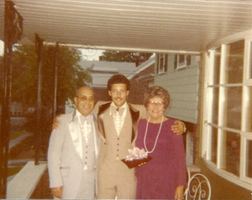