To share your memory on the wall of Antonia Titsworth, sign in using one of the following options:

Antonia Titsworth, 86, of Parsippany, passed away on Thursday September 3, 2020. Born and raised in Newark, she was the daughter of the late George and Julia (Weisbrodt) Stelm... Read More
Devoted wife, loving mother, grandmother & great grandmother

Antonia Titsworth, 86, of Parsippany, passed away on Thursday September 3, 2020. Born and raised in Newark, she was the daughter of the late George and Julia (Weisbrodt) Stelmach. Antonia lived in Nutley and Bloomfield before coming to Parsippany in 1998 and was a receptionist at Lynne’s Nissan in Bloomfield before retiring. She was also a longtime member of the Order of the Eastern Star, Nutley Chapter.
Mrs. Titsworth was predeceased by her beloved husband, W. Irwin Titsworth and her son, Raymond Jeannetti. She is survived by her loving children, Helen Ann Owens, Julia Marie Higgenbotham, Dominick, Robert and Joseph Jeannetti, 7 grandchildren and 10 great grandchildren. She was also the dear sister of Loretta Stelmach and the late George Stelmach and Mary Eimer.

Visitors will be received at the S.W. Brown & Son Funeral Home, 267 Centre St. Nutley on Monday September 7 from 4-7 pm and on Tuesday morning at 10 am followed by burial at Crest Haven Memorial Park in Clifton.

The Order of the Eastern Star service will be held on Monday at 5 pm.
Read Less

Receive notifications about information and event scheduling for Antonia

We encourage you to share your most beloved memories of Antonia here, so that the family and other loved ones can always see it. You can upload cherished photographs, or share your favorite stories, and can even comment on those shared by others. 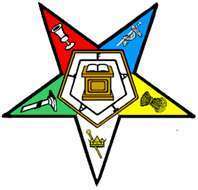