To share your memory on the wall of Fedele Galioto, sign in using one of the following options:

The beloved husband of 54 years of Lee Anne (Stevens) Galioto, he is survived by his loving children, Jamie Galioto and his wife Cecilia and Kristen Giordano and her husband Ralph, his caring grandchildren Aryana and Ryan (RJ) Galioto, Chloe, Sienna, Caprice and Ralphie Giordano, his sisters-in-law, Sue Moore and Jane Pappin and his brother-in-law Bill Stevens, along with many loving nieces, nephews, cousins and life-long friends.

The Funeral Mass will be celebrated at St. Anthony of Padua in Belleville at 10 a.m.

The entombment will follow at Gate of Heaven Cemetery in East Hanover.

Visitors will be received at the funeral home on Monday from 3-8 p.m.

In lieu of flowers, memorial contributions to the St. Jude Children's Research Hospital, 501 St. Jude Place Memphis, TN 38105, a charity he has supported all his life, would be appreciated.
Read Less

Receive notifications about information and event scheduling for Fedele

We encourage you to share your most beloved memories of Fedele here, so that the family and other loved ones can always see it. You can upload cherished photographs, or share your favorite stories, and can even comment on those shared by others.

Scott Stevens purchased flowers for the family of Fedele Galioto.

Posted Sep 23, 2019 at 01:09pm
We are so terribly sorry for your loss. With deepest sympathy, Mike, Nicole, Sam, and Sophia Cardella

Flowers were purchased for the family of Fedele Galioto.

Posted Sep 23, 2019 at 07:24am
Please accept our most heartfelt sympathies for your loss... Our thoughts are with you and your family during this difficult time.

Anthony DeNello CHRC purchased the Your Light Shines for the family of Fedele Galioto.

Flowers were purchased for the family of Fedele Galioto.

Posted Sep 21, 2019 at 01:24pm
Uncle Phil will be greatly missed. It was always great to see Uncle Phil because I knew he'd have plenty of stories to tell! One of my fondest memories is playing football in the street in front of our home with him and Jamie when I was little. Love you and prayers for all of you!
Comment Share
Share via: 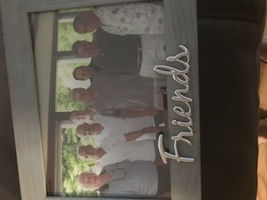