To share your memory on the wall of James Rusignuolo, sign in using one of the following options:

Provide comfort for the family of James Rusignuolo with a meaningful gesture of sympathy.

After graduating from Nutley High School in 1965, he went on to Northern Michigan University
and Seton Hall University, where he was the star of the football team. Always recognized for his
natural athletic ability, he was an all-star baseball player in high school and when he went to
college he walked on to the football team without having previously played at any level.
Jimmy founded Coral Construction Company in May of 1976 and ran the business until he
retired in 2019. He was known to all as extremely hard-working, loyal and generous, and was
highly respected by his associates. His company was very successful and his legacy is in the
structures around the state of New Jersey that he was involved in building. In 2010 he won a
prestigious award for the masonry work he did on a new house in Fort Lee.
His greatest joy was spending time with his family, specifically at dinners and Sunday morning
breakfasts when all his children and grandchildren would visit the family home.

A memorial service will be held at S. W. Brown and Son Funeral Home in Nutley.

In lieu of flowers, we ask that donations be sent in Jimmy’s name to Our Lady of Mount Carmel
in Lyndhurst.
Read Less

We encourage you to share your most beloved memories of James here, so that the family and other loved ones can always see it. You can upload cherished photographs, or share your favorite stories, and can even comment on those shared by others.

Posted Jan 11, 2020 at 08:26am
I had the pleasure to work with Jimmy on a new house project i was running for CSR in Edgewater Nj. We spent well over a year together working on this unique concrete structure. Not only did Jimmy teach me new construction techniques in working with concrete Jimmy taught me how to be a better man.
Comment Share
Share via: 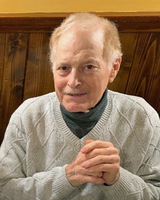