To share your memory on the wall of John Yankowski, sign in using one of the following options:

Provide comfort for the family of John Yankowski with a meaningful gesture of sympathy.

Interment will be at Glendale Cemetery. Memorial contributions may be made to the Community Foodbank of New Jersey, 31 Evans Terminal, Hillside, NJ 07205. www.cfbnj.org
Read Less

Receive notifications about information and event scheduling for John

Posted Apr 10, 2020 at 05:58pm
John was a wonderful neighbor and always thoughtful. Thanks for all the Kielbasa John, it was really good!
He kept in touch with us even after moving, and always called on holidays.
Thank you for the plant, they continue to thrive in our home.
you will be surly missed..
RIP,
John & Michele
Comment Share
Share via:
FT

Posted Apr 10, 2020 at 10:30am
The Ericsson Workforce Team sends our condolences to Tom, his wife and family.

Posted Apr 09, 2020 at 07:44pm
He was such a kind and considerate person. He would call me to check on my mother and brother, send them birthday and Christmas cards. RIP Uncle John.
Comment Share
Share via: 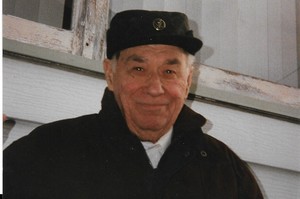