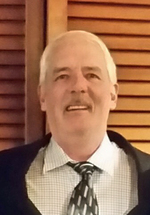 Joseph G. Mc Connon, 59 of Belleville passed away on Wednesday, August 28, 2019. Born in Belleville, the son of James R. and Marie R. (Mullery) Mc Connon, he has been a resident of Belleville for most of his life.
A graduate of the New Jersey Institute of Technology, Joseph was a mechanical engineer. He was an active communicant at St. Peter’s Church in Belleville. He was also a former Cub Scout Leader and former committee chairperson of Boy Scout Troop #163 in Roxbury.

Joseph is survived by his loving sons, Matthew J. and Markus Mc Connon; 2 sisters, Regina Grabowski and Kathy Bidleman; 3 brothers, Michael, John and J.P. Mc Connon and his former wife, Adrienne.
Along with his parents, he was also predeceased by 2 sisters, Marie Sharkey and Margaret Mc Connon.

The Funeral Mass will be celebrated at St. Peter’s Church in Belleville at 11 a.m.

The cremation services will be private.

In lieu of flowers, the family will be accepting memorial contributions at the funeral home.