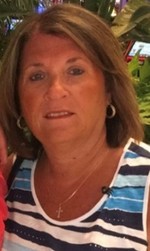 A memorial of her life will take place later.

Services are private at Glendale Cemetery.