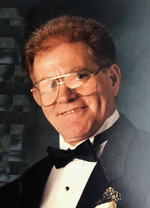 Manuel G. Antunes, 85 of Nutley, passed away on Wednesday July 3, 2019 at his home. Born in Minho, Portugal, he was the son of the late Jose and Julia Gonsalves DeJesus Antunes. Before coming to the United States, Mr. Antunes lived in England, where he was employed as a chef. He then resided in Newark before coming to Nutley in 2004 and was employed as machine operator with AlphaGary Corp. before retiring.

Manuel is survived by his beloved wife, Zulmira (Gomes) Antunes, his son, Jose Manuel Antunes and daughter Ana Wittmann and his grandchildren, Frankie and Wayne, Jr. He also leaves his brother, Conseisaõ Antunes.