To share your memory on the wall of Michael Leone, sign in using one of the following options:

Provide comfort for the family of Michael Leone with a meaningful gesture of sympathy.

Michael John Leone, 88 of Mount Tabor passed away on Saturday, August 24, 2019. Born in Belleville, the son of the late James and Margaret (Mauriello) Leone, he lived in Belleville and Toms River be... Read More
Loving Husband, Father and Grandfather

Michael John Leone, 88 of Mount Tabor passed away on Saturday, August 24, 2019. Born in Belleville, the son of the late James and Margaret (Mauriello) Leone, he lived in Belleville and Toms River before moving to Mount Tabor. Michael was a Air Force Veteran and served during the Korean War, prior to retirement he worked as a Supervisor for New Jersey Turnpike in Secaucus.

Beloved husband of the late Cora (Valvano) Leone, he is survived by his loving daughters, Lisa Giansanti and her husband, David and Margaret Welter; 2 sisters, Susan Craig and Mary Montarelli; 3 grandchildren, Michael Welter and his wife, Jessica, Raelyn and David Giansanti; his nephews James and Vincent Leone and many other loving nieces and nephews.
Along with his parents and his wife, Michael was predeceased by his daughter, Vita Rose Sabatino; his brother, James Leone and his wife, Rose and several other brothers and sisters.

The Funeral Mass will be celebrated at St. Anthony of Padua Church in Belleville at 10 a.m.

The entombment will follow at Holy Cross Cemetery in North Arlington.

In lieu of flowers, memorial contributions to Parkinson's Foundation (www.parkinson.org) or the National Breast Cancer Foundation (www.nationalbreastcancer.org/) would be preferred. ¬¬¬¬¬
Read Less

Receive notifications about information and event scheduling for Michael

We encourage you to share your most beloved memories of Michael here, so that the family and other loved ones can always see it. You can upload cherished photographs, or share your favorite stories, and can even comment on those shared by others.

Posted Aug 27, 2019 at 11:43am
Michael I know you left us, but the memories of you will always be in our hearts. May you rest in peace knowing what a wonderful life we lived. My prayers are with you always. Love you. Your sister Susie.
Comment Share
Share via:
PS

Posted Aug 27, 2019 at 11:03am
I will always remember Michael John Leone for his smile, laughter and heart. The love he had for his wife Cora, his daughters Vita, Lisa and Margie was truly heartwarming. Such a wonderful husband, father, brother and uncle will be miss by many. Our deepest sympathy, Pete, Mary, Samantha and Deanna.
Comment Share
Share via:
TF

Posted Aug 26, 2019 at 11:03am
Best Uncle and Godfather. My brothers and I often share our memories of our Uncle Mike, Jim, Joe, 275 Ralph St., Uncle Mikes yellow convertable, Grand pa near the park, all our coucins, and the fun of growing up in such tight family. We all had our trials and tribulations, none of which can exceed our Aunt Margy's. Uncle lived a full life, and wonderful, wonderful daughters. Uncle Mike will not be denied his place in heaven, where his loved ones await. Our deepest sympathy to Lisa, Margy, his grandchildren, and remaining family. Big loss, but a big gain for heaven. With sadness, and love, Tom, Bob, and Charlie Fullman and extended family. xo
Comment Share
Share via:
MW

Posted Aug 26, 2019 at 04:33am
It's 4am & I can't sleep because your not here
Yankee games will never be the same
Who will I ask are you ok a zillion times a day
I wish we got more time thankful for the time we had so happy you were my Dad
Comment Share
Share via:
MJ

Posted Aug 26, 2019 at 12:21am
Our thoughts and prayers are with all of you. Such a kind soul will sorely be missed by all of us. May fond memories of his life live in your hearts 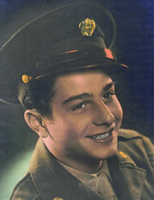 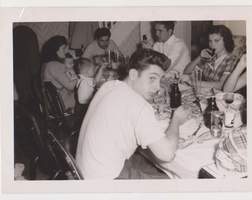 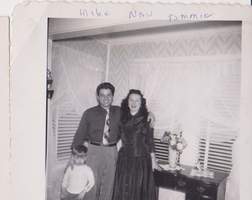 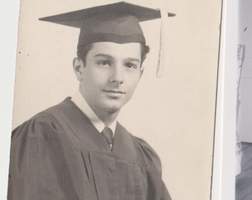