To share your memory on the wall of Norman Price, sign in using one of the following options:

Print
On Friday, March 6, 2020, Norman James Price, Jr, loving husband and father of two children, passed away at the age of 75.


Norman was born on July 9, 1944 in Fountain Springs, PA to Norman James and Eleanor (Yeager) Price. Norman ... Read More
On Friday, March 6, 2020, Norman James Price, Jr, loving husband and father of two children, passed away at the age of 75.


Norman was born on July 9, 1944 in Fountain Springs, PA to Norman James and Eleanor (Yeager) Price. Norman was an Architectural Designer, Certified Specification Writer, Construction Contract Writer, and Administrator, having received his education at the Newark College of Engineering. After an illustrious career at Engineers Incorporated, he went on to work at the World Trade Center for 8 years, a span which included the 1993 bombing and the towers’ collapse in 2001. Norman was a proud lifelong resident of Belleville, NJ, and on September 18, 1965, he married his very own Belleville Girl, Diana Cetti. This would be the beginning of a love story that lasted 54 years and took them on many adventures, one of which would be raising their daughters, Valerian and Rebecca Price.


Norman was devoted to his family and friends and cherished by all lucky enough to know him. An accomplished poet and author, Norman, chose to focus much of his research and writing on the history of his beloved hometown. His published books include Hillside Pleasure Park and a Dutch Christmas in Old Second River 1697, and his most recent work on the famous and accomplished women from Belleville will be published posthumously. His invaluable contributions to his Beautiful Village were recognized in 2009 when he was named Belleville Town Historian. His further contributions to the BHS Class of 1962 50-year reunion, as well as his personalized birthday and remembrance cards, earned him immeasurable love and respect from his lifelong peers.


Often referred to as a great Renaissance Man, Norman’s passions and talents were innumerable. Perhaps truly a Welsh pirate at heart, Norman was proud to be descended from “the land of 36 shades of green, where dragons fly, and everyone sings for no reason at all.” His St. David’s Day celebrations guaranteed you a front row seat to Welsh culture, food, and song, and his dedication to family history and the art of story-telling left his audience always wanting more. When not immersed in history and culture, Norman could often be found behind a copy of the Daily Racing Form. The first Saturday in May was a sacred holiday, and an annual excuse for Heavenly Homestretch Corndogs and Cantering Eggs. Spring also meant the arrival of Cherry Blossom season, which meant you could find Norman (and his trusty Jeep Wrangler) at Branch Brook Park with a camera on his shoulder in both sunshine and the occasional snow shower, walking amongst the tree spirits and birdsong that he loved so much.
The holiday season was a time for family and cherished traditions around the yule log. The scent of bayberry while sipping wassail, the lighting of a candle Norman and Diana have been burning for 54 years, and the telling of old stories that only got better as the years went by.
At home over the years, you might have found Norman reading from his extensive library, planning his next big trip to Europe, Lake George, or maybe even Tahiti, tending his vegetable garden or beloved rose bushes, flying a Cessna on his favorite flight simulator, cheering on the Boston Red Sox, or just drinking a cup of tea listening to Vivaldi and Chuck Berry.
Above all, though, Norman was a devoted husband and father, and the joy and magic he brought to the lives of those he loved can never be replaced. He will be remembered for his quick wit and wisdom, his kind eyes and infectious smile, and his compassionate heart. A true gentleman, an avid scholar, and a firm believer that “a screwdriver is never just a screwdriver,” Norman was a man of wisdom and ingenuity, and he will be missed beyond words.


Norman was preceded in death by his father, Norman, and his mother, Eleanor. He is survived by his wife, Diana, his two daughters, Valerian and Rebecca, and his brother Jerry and his wife, Rosanne.


“I must go down to the seas again, to the vagrant gypsy life,
To the gull’s way and the whale’s way where the wind’s like a whetted knife;
And all I ask is a merry yarn from a laughing fellow-rover,
And a quick sleep and a sweet dream when the long trick’s over.”
• John Masefield


Visitors will received at the the S.W. Brown & Son Funeral Home, 267 Centre Street Nutley on Thursday, March 12th from 5-8pm.
There will be a graveside service at Glendale Cemetery in Blooomfield on Friday, March 13th at 11am.
Read Less

Receive notifications about information and event scheduling for Norman

We encourage you to share your most beloved memories of Norman here, so that the family and other loved ones can always see it. You can upload cherished photographs, or share your favorite stories, and can even comment on those shared by others.

Posted Mar 10, 2020 at 04:29pm
When I was a young girl I sang in the choir with Norman at Montgomery Presbyterian Church in Belleville. We always had a great time singing to honor God. May Norman rest in peace in the Lord's loving arms. My condolences go out to his beloved wife and family 🙏
Comment Share
Share via:
RC

Posted Mar 10, 2020 at 03:27pm
Dear Diana, Jennifer and Rebecca
Loved the obituary almost as much you loved Norman. A special person he was and his memory will go on forever. Sending our love. Please take good care of yourselves. Hugs and kisses.
Rick and Sue
Comment Share
Share via: 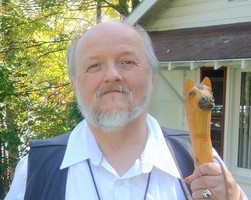