To share your memory on the wall of Robert Parker, sign in using one of the following options:

Robert A. Parker, known as “Bob” to his friends, was a writer, editor, and photographer. He died at his home in Nutley, NJ, on February 19, 2020. He was 91. Born in Salem, MA, Parker was a 1950 graduate of Boston College, earning a BA in English and later an MFA in Communications from Fordham University.

After a tour of duty with the U.S. Army, Bob moved to New York City where in 1955 he met the young woman who would become the love of his life - Margot Sader. Having arrived from Venezuela she was studying American secretarial skills at the Geneva School of Business when he was assigned by his McGraw-Hill editor to write a profile of that school. One interview led to another, and suddenly they were dating. Three trips to Venezuela later, they were married at Our Lady of Guadalupe Church in Caracas (1958).

Bob bought his first camera, while a U.S. Army corporal in Germany—little realizing how photography would complement the writing that he’d begun publishing in high school. He delighted in creating something new each day, either in images or words, and this passion framed both his lengthy and well-regarded career as well as his post-retirement life. As a professional writer and editor, he worked for numerous corporations and later as a freelancer, earning more than 100 national, regional, and local awards recognizing his ability to marry great design with wonderful content. His writing appeared in publications as varied as The New York Times, America, Caribbean Travel and Life, Spiritual Life, and Business Finance. Upon retirement in 1990, he turned his attention and camera lens to personal projects, self-publishing numerous books about his travels and photography, as well as short stories, book reviews, plays, and a memoir. As an active photographer for more than 40 years, Bob won many local and national awards and exhibited his photographs in more than two dozen solo shows throughout the New York/New Jersey area. He was working on his eighth volume of literary criticism when he died.

In 1963 he and Margot moved to Nutley, NJ where they raised their family and where he resided until his death. There they were active members of St. Mary’s Church, where they met many of their closest friends. When asked, what was the most important thing about life, Bob answered, “the Golden Rule;” treating others as you would want to be treated. Indeed, his life proceeded in kind; each night before sleeping, he’d pray for 74 family members and friends, listing them by name. He called them his communion of saints. Then he’d pray the rosary and end his prayers by invoking his name saint. “Saint Anthony pray for us.” Of his faith he wrote:

“I will be a Catholic forever. It is not because of the priests and nuns I have known, nor the beautiful
church buildings. It is because this faith brings me closer to God–through prayer, through the Holy
Eucharist, through Christ’s message of love.”

Bob loved Broadway and the theater and delighted in sharing these passions with Margot and their children. With Karen, he also bonded over the music of Judy Garland. With Andy, his passion for his faith. With Dave, his love of sports. All three agree that his steadiness, consistency, and commitment to those he loved is what they’ll remember most. Bob loved lobster and chocolate cake. He once observed that if he'd had the opportunity to eat them every day his would have been a short life.

He is survived by his beloved wife Margot, and their children, Andy, Karen, and David. David’s wife, Maureen. Their children Elizabeth, Will, and Steven. Andy and Helen Blier’s children, JB and Abbey Parker-Blier.

The Funeral Mass will be celebrated at St. Mary’s Church in Nutley at 10:45 a.m.

The cremation services will be private

Visitors will be received at the funeral home on Sunday from 2-5 p.m.

Bob was a graduate of St. John’s Prep in Danvers, MA. In lieu of flowers, contributions may be made in Bob’s honor at the Office for Institutional Advancement, St. John's Prep, 72 Spring Street, Danvers, MA 01923. Or online via https://www.stjohnsprep.org/page.cfm?p=15938.
Read Less

To plant a memorial tree in honor of Robert A. Parker, please visit our Heartfelt Sympathies Store. 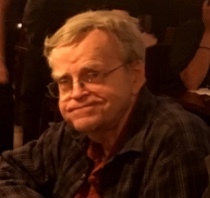 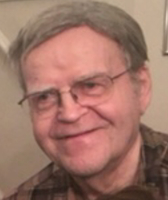