Obituary for Vincent A. Parigi 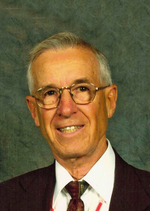 Vincent A. Parigi, 88 of Nutley, passed away on Thursday September 12, 2019 at his home. Born in Brooklyn, NY he was the son of the late Vincenzo and Hanna (Kennedy) Parigi. Mr. Parigi lived in Belleville before coming to Nutley in 1955 and was a warehouse supervisor with Hardman Adhesives Inc. in Belleville. After retiring, he was employed for 35 years with the NJ Sports and Exposition Authority as a security guard outside the NY Giants locker room at Giant Stadium. Involved in church and community, Vincent was a former coach and umpire with Nutley Central Little League and was an active communicant of Holy Family Church in Nutley.
He is survived by his beloved wife, Catherine (Fusaro) Parigi, his daughter, Paula Graffeo and husband, Philip III, his daughter, Catherine M. Parigi, his grandchildren, Stephanie Graffeo, Philip Graffeo IV and wife, Lynn, Alyssa and Vincent A. Graffeo, Christian J. Parigi and great grandson, Jack Graffeo. He also leaves many dear nieces and nephews and was the brother of the late Pat Parigi and his wife the late Colleen.

A Funeral Mass will be celebrated at Holy Family Church, Nutley at 10:30 am followed by interment at St. Joseph’s Cemetery in Lyndhurst.

Visiting will be at the funeral home on Sunday from 3-7 pm.

In lieu of flowers, memorial donations may be made to Holy Family Church Restoration Fund 28 Brookline Ave. Nutley, NJ 07110