To share your memory on the wall of Alvin Baxter-Green, sign in using one of the following options:

Provide comfort for the family of Alvin Baxter-Green with a meaningful gesture of sympathy.

Alvin Baxter-Green, 97 of Nutley passed away on Wednesday, December 18, 2019. Born in Taunton, MA, the son of Harry and Maude (Hemming) Baxter-Green, he lived in Dighton prior to moving to Nutley ov... Read More
Chemist and World War II Army Veteran

Alvin Baxter-Green, 97 of Nutley passed away on Wednesday, December 18, 2019. Born in Taunton, MA, the son of Harry and Maude (Hemming) Baxter-Green, he lived in Dighton prior to moving to Nutley over 70 years ago.
Alvin retired from Colloids, Inc. in Newark after 30 years of service. He was a proud Army Veteran of World War II; serving in the Rhineland and Normandy. He was a marksman and earned a Combat Infantry Badge with 1 Service Stripe, 2 Overseas Bars and the Legion of Honour Medal which is the highest French order of merit for military and civil merits.
He graduated from the Newark College of Engineering (N.J.I.T.) with a Degree in Chemical Engineering.
He served on the Nutley Volunteer Fire Department for over 50 years. For many years he was Santa Claus at the Annual Volunteer Fire Department Breakfast and the Fire Department’s Annual ride handing out candy canes. Alvin also performed tax service for seniors at the AARP and was a member of the Old Guard of Nutley.

The beloved husband of the late Lorena (Munro) Baxter-Green, he is survived by his children, Scott M. Baxter-Green and his wife, Deana and Sheryl Pancaro and her husband, Peter; his grandchildren, Alison Johnson, Kyle Furlong, Rowan, Nicole and Emily Baxter-Green and Stefanie Pancaro; his great-granddaughter, Grace Johnson and his son-in-law, William Furlong. Along with his parents and his wife he was also predeceased by his daughter, Debra Furlong; 2 sisters, Ethel Grant and Sally Bradford and 2 brothers, Harry Baxter-Green, Jr. and William Baxter-Green.

The cremation and interment will be private.

Visitors will be received at the S.W. Brown & Son Funeral Home, 267 Centre St., Nutley on Saturday, December 21st from 2-6 p.m.
The Old Guard of Nutley service will begin at 3 p.m.

In lieu of flowers, memorial contributions to the charity of your choice would be preferred.
Read Less

To plant a memorial tree in honor of Alvin Baxter-Green, please visit our Heartfelt Sympathies Store.

We encourage you to share your most beloved memories of Alvin here, so that the family and other loved ones can always see it. You can upload cherished photographs, or share your favorite stories, and can even comment on those shared by others.

Posted Dec 21, 2019 at 08:45am
The officers and members of Nutley American Legion Post, Unit and Squadron 70 extend our deep and sincere sympathies to as the family and friends of Alvin Baxter-Green. Alvin has been a member of our Post for more than 71 years and his smile and devotion to helping others will be sorely missed by all. The timing of his passing is difficult during this holiday season especially since four days earlier the Post once again hosted the Nutley Fire Department’s rest stop for Santa. A true member of the Greatest Generation, we all thank Alvin for his service to the community, state and Nation. Rest assured that we will honor Alvin during ceremonies at our American Legion State Convention in June and will inscribe his name in the convention book as a reminder of his service. God bless and care for each and every one of you. 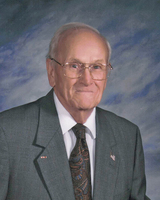 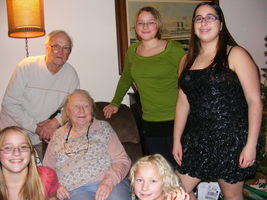 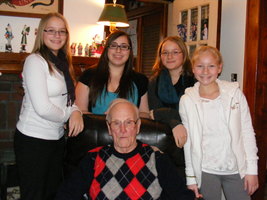