To share your memory on the wall of Cecilio DeLeon, sign in using one of the following options:

Cecilio DeLeon Calderon Jr., 67 of Jersey City, passed away on Friday, November 22, 2019. Born in Newark, he lived in Jacksonville, Florida before coming to Jersey City 7 years ago. Cecilio was the son of the la... Read More
Loving Father and Brother

Cecilio DeLeon Calderon Jr., 67 of Jersey City, passed away on Friday, November 22, 2019. Born in Newark, he lived in Jacksonville, Florida before coming to Jersey City 7 years ago. Cecilio was the son of the late Cecilio and Luz Maria (Calderon) DeLeon of Puerto Rico, retiring as a computer technician.
He is survived by his beloved children, Krystina DeLeon and Bobby DeLeon; and his sister, Jackie DeLeon Ortiz. Cecilio was predeceased by his brother, Bobby DeLeon and a sister Lucy DeLeon.

Visitors will be received at the funeral home on Monday from 5pm until service time at 7pm.
Read Less

Receive notifications about information and event scheduling for Cecilio

We encourage you to share your most beloved memories of Cecilio here, so that the family and other loved ones can always see it. You can upload cherished photographs, or share your favorite stories, and can even comment on those shared by others.

Posted Apr 27, 2020 at 09:58pm
So long friend. We stayed at the same residence on Randolph Ave around 2008-2010 when I was still in college. Since January 2019, I’ve been trying to contact CD, but this time it’s not the same because he always answered my phone calls. I’m glad I had the chance to get to know and meet ya CD and I’ll miss our conversations. For whatever it’s worth just letting you know I like boxing now haha. So thanks CD . Life is too precious. Rest In Peace friend. -Kyle
Comment Share
Share via:

Posted Jan 10, 2020 at 07:30pm
Hi I am so sorry to hear of the passing of Cd. He will be sorely missed. I just found out about his passing today after I have tried since Thanksgiving to get a hold of him as we normally have chatted. He was a warm-hearted and loving person and I am a better person to have known him. I knew Cd from Lembeck Ave. May perpetual light shine upon you be well my friend.
Comment Share
Share via:
CC

Posted Nov 25, 2019 at 06:09pm
Our deepest condolences to the Deleon family .From cathryn and senaida perez .Our prayers are with you.
Comment Share
Share via:
JC

Posted Nov 25, 2019 at 03:04pm
He was my big brother who always watch over me and took care of me as a kid. Four years apart with Bobby in the middle we learned about life and together we grew.
We never got into arguments or fights as that's not who he was and God helped those that did as he was not only the "rock of our family" but he was a rock!
Sandra and I spoke to him a week plus ago and he still called me my childhood name "Giblet" What's up Giblet and how is my Sandra (my sweetheart sister) doing?
We will miss hearing his voice.
Love you big brother
John y Sandra Calderon
Comment Share
Share via: 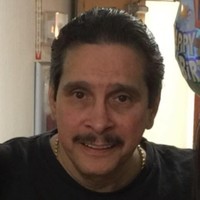