To share your memory on the wall of Charles Schaefer, sign in using one of the following options:

Provide comfort for the family of Charles Schaefer with a meaningful gesture of sympathy.

Charles enjoyed being outdoors, hunting, fishing, or tinkering on his many projects. An animal lover, he often donated to various rescues and sponsored dogs in danger of euthanasia.

A special thank you to the nurses at the Regency Grand Nursing Home, who went above and beyond in his care.

Services and burial will be held at Holy Cross Cemetery in North Arlington and will be private at this time.

When social distancing measures are lifted, a memorial service will be announced. In lieu of flowers, the family requests donations are made to local animal rescues in his name.
Read Less

Receive notifications about information and event scheduling for Charles 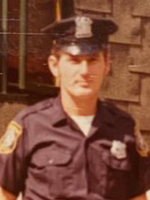