To share your memory on the wall of Doris Fonde, sign in using one of the following options:

Doris was born in the Bronx, New York in 1940 of Sidney and Jennie Zucker. She graduated from Morris High School and was employed at Collier’s Encyclopedia where she was the secretary to the president of the company. She later served as office manager at Copytex in Elmsford, New York.

Her husband, Ronald Fonde, predeceases her. They were married for over 53 years and raised their family in Hartsdale. Their children attended Ardsley Schools.

Doris was caring, compassionate, kind, and lived by following the morally just path. She doted on her children, serving as both Cub Scout and Brownie leader, class mom, sole proprietor of the “Doris Taxi Service,” providing endless rides for her kids and their friends to and from sporting and social gatherings, and the nucleus of the family unit monitoring school work, the college search process, and knowing, at all times, the whereabouts of her kids.

She loved playing card games and mahjong. Doris was an active member of many clubs and organizations, such as the Red Hat Club. She enjoyed spending each spring, summer, and fall on the Interlude, the family boat, where she enjoyed entertaining friends and family.

Doris is survived by her son Gregg Fonde and wife Margaret DeWitt-Fonde and son Timothy of Somers, NY, and daughter Lauren Schnack (and predeceased by husband Glenn Schnack) and their children Brian and Andrea of Glen Ridge, NJ. She is also survived by a niece and a nephew. Her sister, Arline “Auntie” Zucker spent considerable time over the years providing endless love, support, encouragement, and a listening ear as Doris battled a lengthy illness. Her other sister, beloved Janet, predeceases her.

A private family service will be offered on August 6th. In lieu of flowers, the family asks that, in memory of Doris, contributions can be made to the charity of your choice.
Read Less

Receive notifications about information and event scheduling for Doris

We encourage you to share your most beloved memories of Doris here, so that the family and other loved ones can always see it. You can upload cherished photographs, or share your favorite stories, and can even comment on those shared by others. 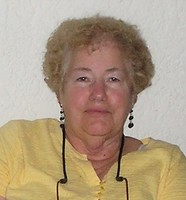