To share your memory on the wall of Robert Davey, sign in using one of the following options:

Robert Alan Davey, 58 of Nutley, passed away on Tuesday, March 3, 2020. Born in Passaic to Charles and Carolyn (Schroeder) Davey, he was a lifelong resident of Nutley. Robert was a veteran of the U... Read More
Loving Husband, Father and Grandfather

Robert Alan Davey, 58 of Nutley, passed away on Tuesday, March 3, 2020. Born in Passaic to Charles and Carolyn (Schroeder) Davey, he was a lifelong resident of Nutley. Robert was a veteran of the United States Army during peace time.

Loving husband of the late Bonnie Davey, he is survived by his daughters Amanda and Brianna Davey, his mother Carolyn (Schroeder) Davey, his grandson Elias Walder, his brother Ed Davey and his sister Louise Davey-Leotsakos. Along with his wife, he is predeceased by his father Charles Davey and brother William Davey.

Posted Mar 06, 2020 at 05:40pm
Where do I start? I can’t sum our relationship up in words. You gave me this giant forehead, this giant nose & this amazing sense of humor & ability to make any and everyone laugh. I will take our memories with me whenever I go. Some of a few of my favorites: when you moved into your first apartment and you were SO excited to show me around and show me all of your military stuff. I still have your backpack you gave me 💙 When you met my baby, Bayne, and he was apprehensive of you at first but he really doesn’t like men 😂 but then he warmed up to you. The days after you finally got a cellphone & I first moved to Utah, you would call me and we would talk about your memories with mommy and grandma. When I went home the Christmas after Eli was born, and you were so excited to show me your new teeth and take a selfie with me. & of course, the numerous times I’d walk past a mirror, look at myself and you would scream “ahh bri don’t break it!!!” You always knew how to lighten the mood, make the room a little brighter & make my face hurt from laughing so much. The “joker bri”, you sitting between me and Amanda singing “clowns to the left of me, jokers to the right.” And of course, my favorite, you calling me skittle. It’s crazy and breaks my heart that I didn’t see it sooner, but I should have been calling YOU skittle because you truly did bring the color to my world. I will miss you more then I can even begin to explain. I will cherish this voicemail I have from you, forever & I will proudly display your picture and army gear in my new house. I can’t wait to see more signs that you’re close to me. & I know, now whenever I smile for no reason, it’s because you are there, making me happy again. Posted Mar 05, 2020 at 12:59pm
I wish you peace my dear friend. You had such greatness in you. You were smart, you were talented, you had charm, you were good looking, and you were so very loved by those of us who really knew you. You and Bonnie will forever be part of our family, and we will keep you in our hearts, memories, and prayers until we meet again.
Comment Share
Share via:
B

Thank you so much for your sweet words. You summed him up perfectly. He was SO smart, and SO talented. He could fix anything and any question I ever had, he had an answer to. & don’t get me started on his good looks! Such a handsome guy with the best smile in the world 💙

Thank you so much 💙
LM

Posted Mar 03, 2020 at 11:18pm
I'll miss seeing him around town, and our talks. Always kidding around and smiling. Rest easy Bobby. Lisa
Comment Share
Share via:
B

I’ll miss that smile, that laugh and those jokes he always had saved in his pocket. Thank you 💙
EF

Thank you so much for this. I know I speak on behalf of my sister when I say, we both appreciate this so much. He would have loved to know he has a tree planted in his memory💙 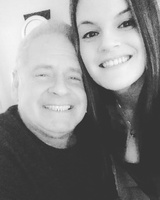 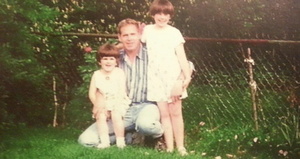 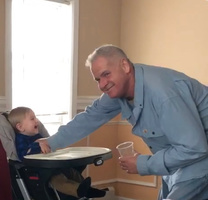