To share your memory on the wall of Robert Fedorka, sign in using one of the following options:

He was a technician with Charles Solana & Sons in Commack, NY. Rob was a talented guitar player. His favorite band was Dokken and he followed the style of influential American guitarist, George Lynch. He was an avid fisherman, and his compassion for others, made him a great listener who always came through with great advice while never being judgmental. He was always the life of the party and at any event you would always find him singing and dancing. He had the best sense of humor and always brought laughter to everyone. If ever feeling down, he was the one to lift your spirits. He had a heart of Gold which made him a loving Husband, Father, Brother, Uncle and Friend.

He is survived by his beloved wife, Lisa (Caruso) Fedorka, his children, Vincent, Ashley, Alysha and Anthony and his goddaughters, Krystal, Julia, Angel-Lea and Brooke-Lynn. He also leaves his brother, Ronald and his sisters, Robin, Lorraine, Shana, Marie and Lea, his Father and Mother-in-law, John and Beverly Caruso, his brother-in-laws David and John and many nieces and nephews.

Funeral from the S.W. Brown & Son Funeral Home, 267 Centre St. Nutley on Monday June 29 at 9:30 am. A Funeral Mass will be celebrated at Holy Family Church, Nutley at 10:30 am. Cremation will be private. Visitors will be received at the funeral home on Sunday from 2-6 pm. In lieu of flowers, please make a donation in memory of Robert to your local animal rescue organization.
Read Less

Receive notifications about information and event scheduling for Robert

Posted Jun 26, 2020 at 01:02pm
My brother was a kind hearted talented man who left us way to early .....Robert I know i haven't seen u in a long time but i know u cared about me n worried but now u will see i am ok n u n mommy can watch over me n your loved ones .....i love u so much dance with Dezabell now bro n
Comment Share
Share via:

Posted Jun 26, 2020 at 11:30am
I first met Robert when he was 11 years old at Jimbo's house..,,and even then I saw that he was the life of the party..He had a huge heart,loved to make U smile and always cracking jokes to make U laugh..He was a great admirer of music and often played guitar at parties..Robert was a real gentleman and I really liked the guy..Always showed respect..The world is a lesser place without him in it..R.I.P. My brother--May You soar high with the Angels--Your Memory and stories will live for a lifetime to those Who loved You ..And I can say say is that I will truly miss You.. Rest Easy My Friend--Steve Tosi..
Comment Share
Share via:
SM

Posted Jun 26, 2020 at 10:58am
Rob, I always enjoyed the times I spent with you and your family at birthday parties and play dates. Wish we had more time to spend together. Your laugh and sense of humor lives on in my memories as you truly lit up a room with it. Lisa, Ashley and Vincent, my heart is with you all at this time and always. Whatever you need, I’ll be here for you. Rest in peace, Rob - I hope you are rocking out to Dokken in Heaven. Love you all, Sari McGovern
Comment Share
Share via:
RM

Posted Jun 26, 2020 at 08:10am
Rob, you will be so missed by us both. Thank you for all the great memories when we would come to visit. I am going to miss our long conversations and all your crazy stories. Thank you for always being there for me and Gianna. You were a great father to your Ashley and Vincent, and a good husband to Lisa. My heart is so heavy right now. I will forever cherish your friendship and memories close to my heart. Rest Peacefully, until we meet again. We love you!! Roe and Gianna.
Comment Share
Share via: 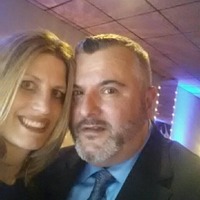 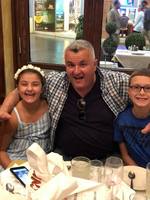 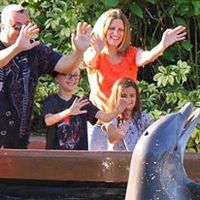 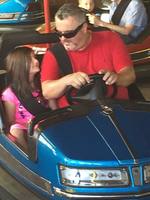