To share your memory on the wall of Veronica Hickey, sign in using one of the following options:


Veronica passed away peacefully of natural causes on August 16, 2020. Born Sept. 9, 1920 in Bloomfield to J Charles and Ann Ridings Ferguson, she attended Bloomfield High School and afterward worked at the Pru in Newark. Veronica enlisted in the US Navy as a WAVE in Feb. 1943, completed her training at Hunter College and was assigned as a storekeeper at the Receiving Station in Norfolk VA. Upon honorable discharge in Jan 1946, she worked at the unemployment office and met her future husband, William Hickey.

They married in 1949 and moved to Belleville where they raised three daughters. Always socially active, Veronica participated in PTA at Holy Family School in Nutley, was a troop leader with the Girl Scouts, and was a member of the Bloomfield Women's Club. She worked at Hahne & Co. in Newark and later as an administrative assistant at Belleville High School.

When Bill retired from the Newark Fire Department, they moved to Princeton Commons in Brick. There Veronica was a member of the Board of Directors, Social Chairperson, and a founding member and the first President of the Princeton Commons Women's Club. She also enjoyed traveling, especially cruising with family and friends.

Preceded in death by her husband William, Veronica is survived by her daughters Patricia Hickey Ward (Joe Ward) of Escondido CA, Barbara Hickey Jacobsen of Lincoln Park and Mary Beth Hickey Schoonmaker of Wayne; her sister, Ann Walker of Ft. Lauderdale FL, and her brother, John C Ferguson of Tarpon Springs FL, as well as nieces and nephew.

The family would like to thank the staff of Cedar Crest Mountainview Gardens in Pompton Plains for their care and kindness over the past four years.

There will be a graveside service on Thursday, August 20th at 11am at Crest Haven Memorial Park Cemetery in Clifton.

In lieu of flowers, memorial contributions to Wounded Warriors, www.support.woundedwarriorproject.org/, would be preferred.


Please keep in mind of all social distancing rules. In order to enter the premises, you must have and wear a mask. Only 55 people are allowed within the premises at any given time, so please be mindful of your time spent paying your respects so that others will be able to do so as well.
Read Less

Receive notifications about information and event scheduling for Veronica

Donations are being accepted for: WOUNDED WARRIOR PROJECT INC.

We encourage you to share your most beloved memories of Veronica here, so that the family and other loved ones can always see it. You can upload cherished photographs, or share your favorite stories, and can even comment on those shared by others. 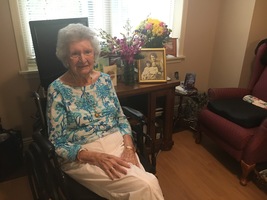 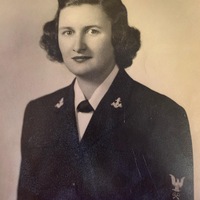 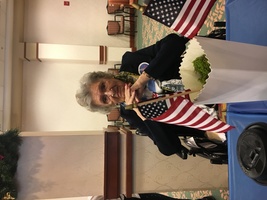