To share your memory on the wall of Anthony Slonim, sign in using one of the following options:

Provide comfort for the family of Anthony Slonim with a meaningful gesture of sympathy.

A private burial will take place on Monday, April 20, 2020 and a "Celebration of his Life" with a Catholic service will be planned in the future for family and friends.

In lieu of flowers, donations can be made to Saint Catherine of Siena Parish in Cedar Grove, NJ in his name.
Read Less

Receive notifications about information and event scheduling for Anthony

Posted May 09, 2020 at 04:26pm
Tony: We extend our deepest sympathies to you and your family at this difficult time, and hope this memorial will help to honor your father's legacy.

Posted May 07, 2020 at 05:25pm
Please accept our most heartfelt sympathies for your loss... Our thoughts are with you and your family during this difficult time.

Posted Apr 22, 2020 at 09:29am
To the Slonim Family. We hope that this tree to be planted carries the memory of your loved one. Love, Amer Assoc for Phy Leadership family family

Posted Apr 20, 2020 at 07:27am
In loving memory of Anthony Michael Slonim. Heart felt condolences to his family and friends that will miss him dearly. He lives on in their hearts.

Posted Apr 19, 2020 at 03:35pm
We are so deeply sorry to hear of the loss of Tony. He was a great man and will be missed by many. He endured so much in life and you would never know it because he always had a smile on his face and was happy to see you. He cared so much for his friends and loved ones. Rest in piece now.
With love and sympathy,
Sue & Daryl Krivanec
Comment Share
Share via: 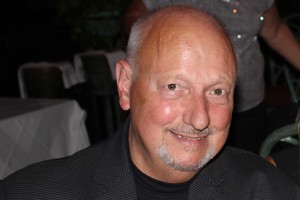