To share your memory on the wall of Peter Carissimo, sign in using one of the following options:

Provide comfort for the family of Peter Carissimo with a meaningful gesture of sympathy.


Interment at Glendale Cemetery was private.
There will be a funeral mass and celebration of Poppy's life at a future date.
Read Less

Receive notifications about information and event scheduling for Peter

There are no events scheduled. You can still show your support by sending flowers directly to the family, or planting a memorial tree in memory of Peter Rocco Carissimo.
Plant a Tree

We encourage you to share your most beloved memories of Peter here, so that the family and other loved ones can always see it. You can upload cherished photographs, or share your favorite stories, and can even comment on those shared by others.

Posted May 19, 2020 at 01:44pm
I read about Peter's death in the Star Ledger. I am so sorry for your loss. Death of a loved one can be very distressing even if the person is elderly or sick. The Bible teaches us that death was not part of God's original plan. He wanted man to live forever on a paradise earth in perfect health. Man disobeyed God and brought about sin and death to the human race. God's plan will still be realized. Isaiah 55:11 states, "So my word that goes out of my mouth will be. It will not return to me without results, but it will certainly accomplish whatever is my delight. It will have sure success in what I send it to do." The Bible talks about a resurrection of those who have died. (Acts 24:15, John 5:28, 29) The Bible account in John 11:1-44 details a resurrection Jesus performed and which gives us the certainty that the resurrection of our loved ones will occur. The word resurrection in the Bible literally means "a standing up again" and "revival of the dead". The provision for resurrection of the dead is a magnificent expression of God's undeserved kindness. It displays his wisdom and power and is a means by which his original purpose regarding the earth and humans will be carried out. If you would like to know more about what the Bible teaches, please visit JW.org where you will find a free, online Bible Study format. Sincerely, Paula
Comment Share
Share via:
RW

Posted Apr 09, 2020 at 06:04pm
Uncle Pete will be sorely missed. He lived a great life, raised a wonderful family, married the love of his life and prospered. There is not much more that a person can accomplish than that. He left me with a thousand great memories which will be treasured forever. 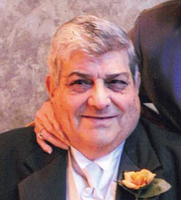